Being from a coastal belt I need Vitamin sea to refresh my soul…the salty air and the cool breeze relaxes my tender self and makes me feel at ease.. 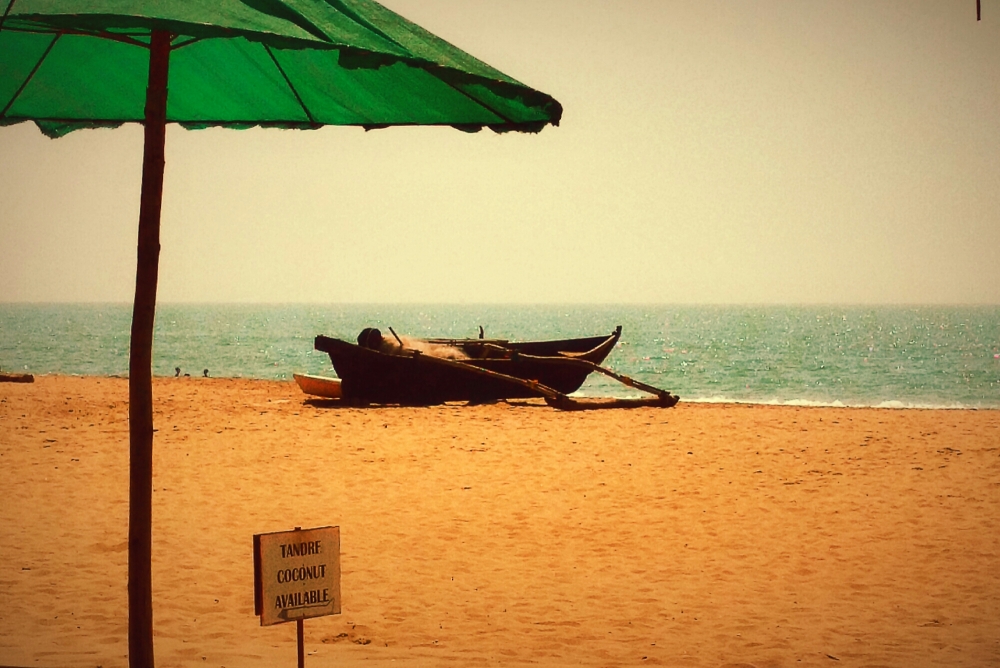 365 days a vacation- Viva Goa
I was lucky enough to spend some great time in Goa( all credits to my dad and his central government transfers).I interacted with local goan people ,tried best of local cuisine and explored the beach stretch…

My recent trip to Goa with my better half was an extended celebration of our wedding anniversary and my birthday.. Yayyyyyyyy!!!!!!!

The men of Goa with their pot bellies are evidence of the fact that Goans love their Food and of course the drinks….:)

The Goan cuisine is an interesting mix of varied influences. The long period of Portuguese rule, besides that of the Muslim and Hindu kingdoms, has left an indelible influence on the original style of Goan cooking and this has led to an exotic mix of truly tasty and spicy cuisine.

With over a hundred kilometers of coastline it’s no shocker that fish and seafood are staples here. A Goan meal is incomplete without Fish, Rice and Curry cooked with coconut.

Goa is famous for its seafood, the ‘classic’ dish being Goan fish curry and rice. Kingfish is probably the most common item, on the menu, but pomfret, doumer, shark, tuna and mackerel are hot favourites as well. Among the excellent shellfish available are crabs, prawns, tiger prawns and lobster. Other seafood includes squid and mussels.

A popular version of fish curry in Goa is the Ambot-Tik which literally translates to Sour-Spicy. The sour comes from the use of the petals of the tart ‘Kokum solam’. Known to be a cooling agent and honoured for its medicinal value, the red-coloured fruit of ‘Kokum’ is the real king of Goan cuisine.

Grounded coconut is mixed with red chillies, peppercorns, cumin seeds, coriander seeds, turmeric powdre, garlic and ginger to make a fine paste. Sliced onions, tamarind juice and green chillies are added along with a cup of water and salt. The mixture is cooked and dried mango and kokum are added in process. Later, fish is added and is cooked till ready. 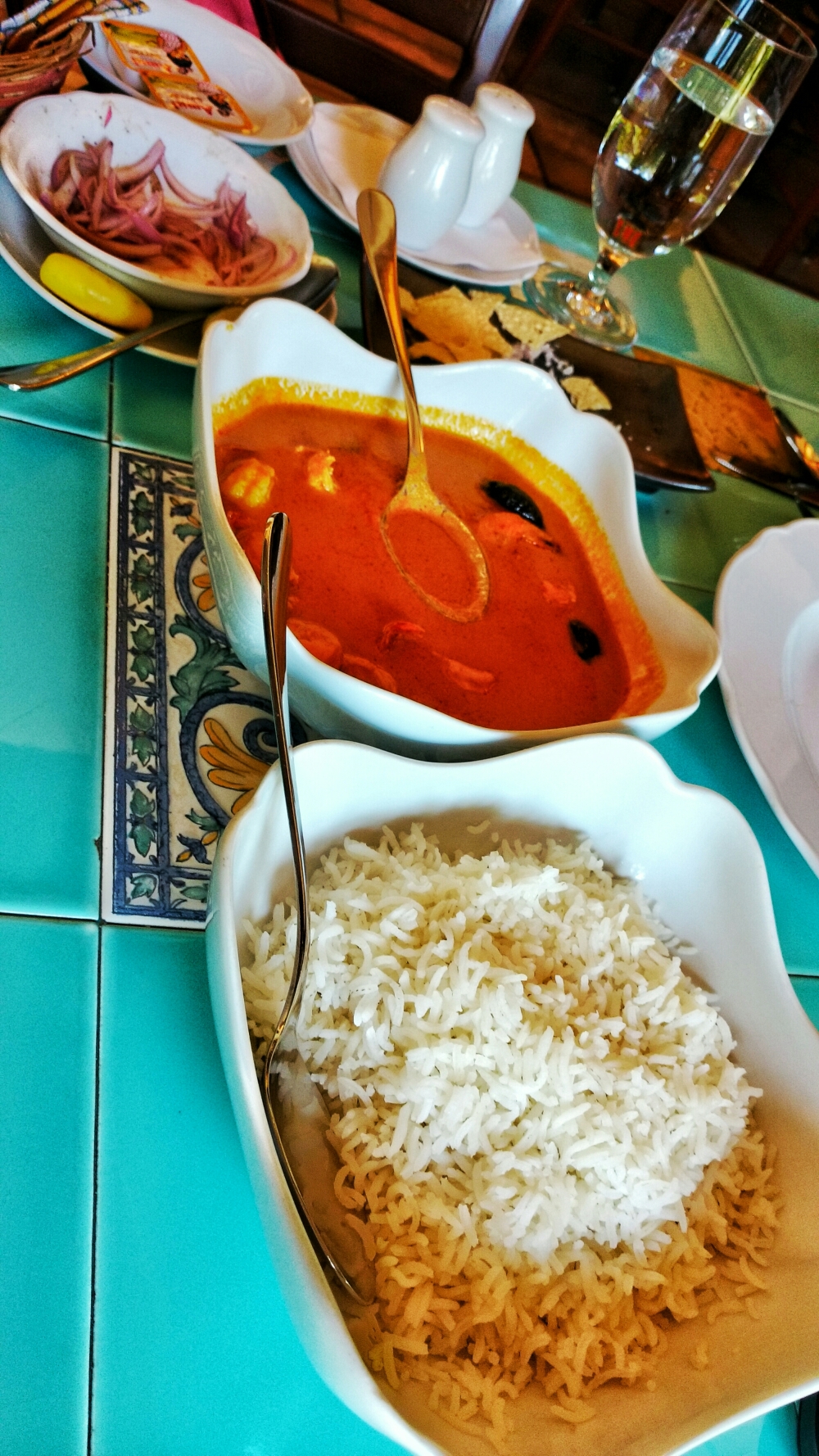 Prawn Balchão is another Goan favourite. Brought to Goa by the Portuguese, Balchão originated in Macao, where it is called Balichao. Balchao is a method of cooking either fish or prawns in a dark red and tangy sauce. The traditional Balchao uses a paste made from dried shrimp known as ‘galmbo’ in Konkani spices and feni. This paste is added to fresh prawns, onion, spices and oil to prepare a prawn balchao. 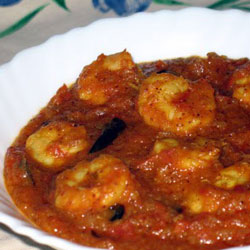 A Goan dish of tribal origin is cafreal. It was named after the African soldiers or Kaffirs who brought it to Goa centuries ago. Today, the dish is made by marinating pieces of chicken in a paste made of spices, chilies, garlic and ginger and lemon juice and then deep-fried or shallow fries till dry. The result is rather dry, but spicy dish. This is the equivalent of Portuguese-style grilled chicken and the sauce it is marinated in tastes a lot like the famous Portuguese Peri-peri sauce.

This one will be loved by those who prefer a spicy preparation tremendously. Xacuti (pronounced as sha-coo-ti), makes use of plenty of spices like nutmeg, coriander leaves, red and green chillies, ginger and cloves. Additionally tamarind and lemon juice make for a pungent curry. The recipe can also be made with mutton, lamb or fish. 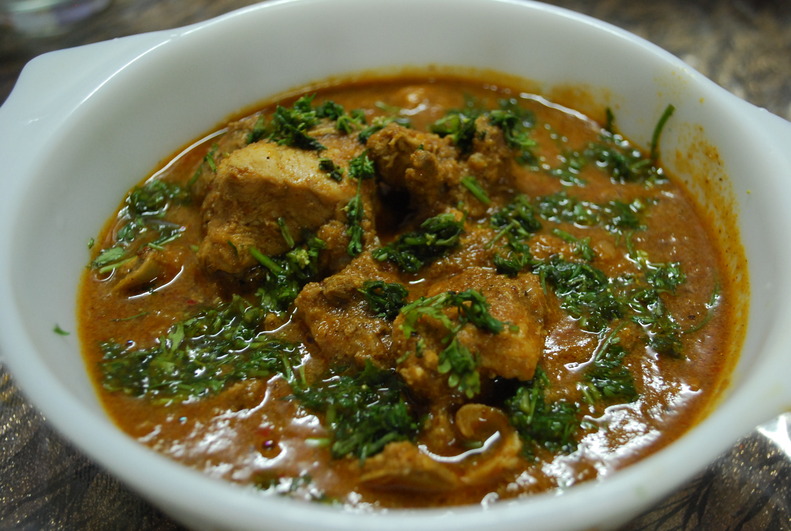 And to wash that all down…the Local Drink Feni! And port wine

An accompaniment to wash down all Goan food is the locally brewed feni. The Goans probably first distilled this from the fermented sap of the coconut flower-stalk, but later they also made it from the fruit of the cashew tree which the Portuguese had brought to the state with them.

But my favourite remains the sweet portwine which is delectable and has a sweet fruity aroma to it.. 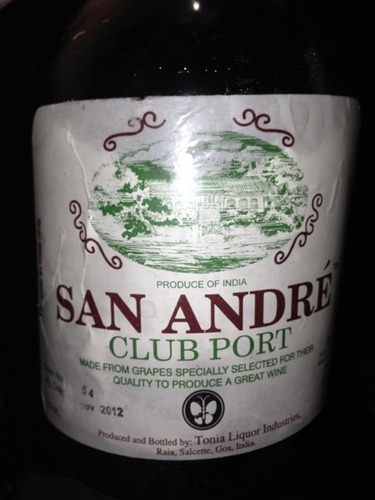 See u guys soon…hope u like my short gastronomic trail…

a gum surgeon by profession..love everything what this life has to offer.. View all posts by sameekshya