It was a lovely desert evening after an adventurous dune bashing and mesmerizing sunset in Dubai. Me and my better half were in our desert safari camp and i was excited for live belly dance performance.I am always amused with the glamorous ladies swaying with the most glitterati clothes. In Arab world it must be a provocative dance considering the clothing  and the movements of the dance form.

That evening,I enjoyed the dance and tapped my feet happily ,swayed my head. she was the only shining thing in the dark of the nights and was amazing in her moves. I came back to read more about the evolution of this dance form. 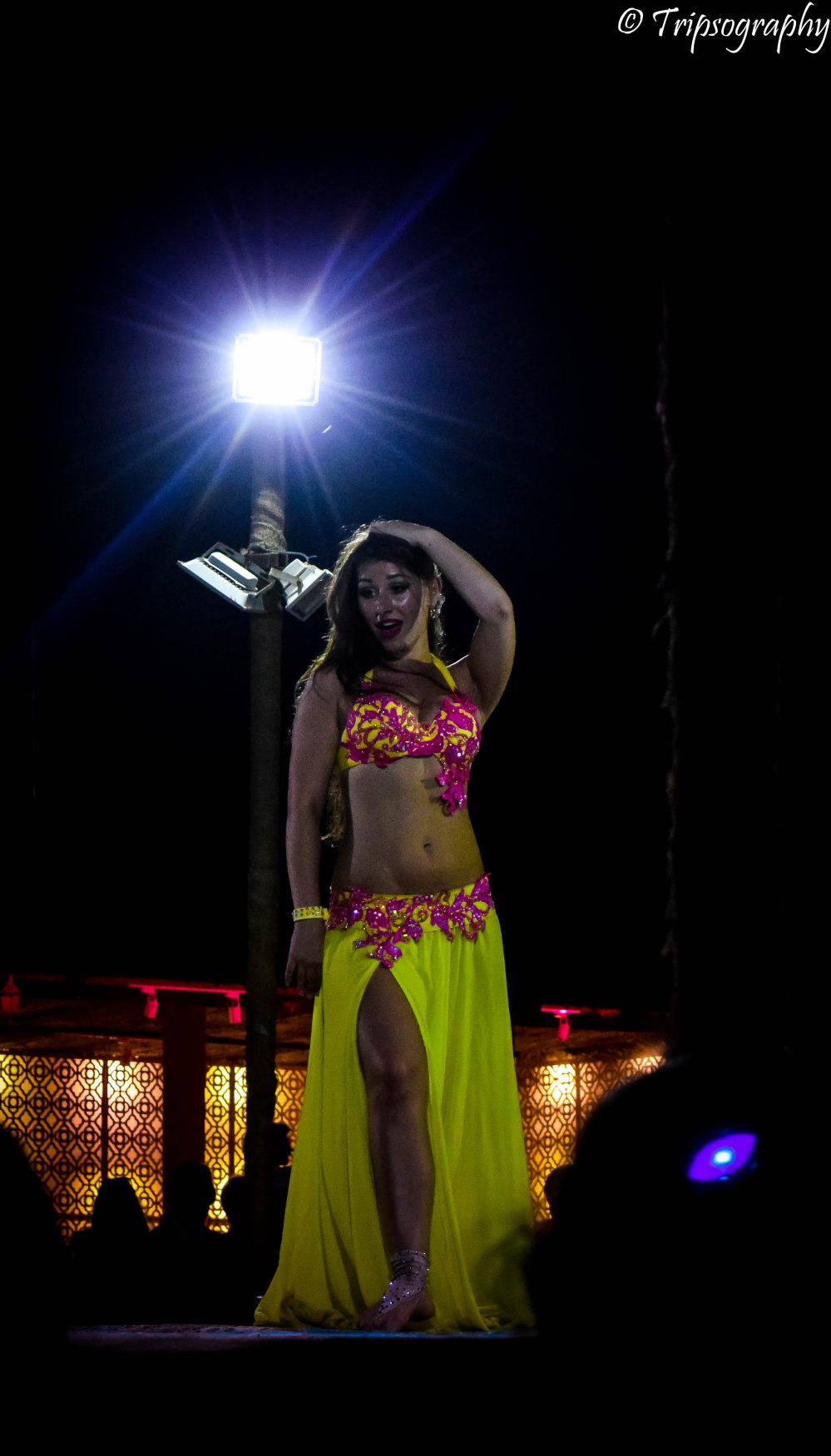 The origin of belly dance is an actively debated subject among dance enthusiasts. Some of the most popular theories include the following:

1.   It descended from a religious dance that was performed during fertility rituals by temple priestesses. As early as 1000 B.C., temple engravings depicting dancers have been found in Mesopotamia, Egypt, and Greece.

2.   It arose out of the dance that was associated with childbirth. It prepared girls for labor and was part of the delivery ritual.

4.   It originated in India over 5000 years ago, and had spread through out the Middle East with the migrations of the Gypsy tribes also called Roma in Europe, Ghawazee in Egypt, and Nawar in India. The Gypsies eventually reached Europe where one of the most famous Gypsy dance styles was born – Flamenco.

Historically, dance has always been an important part of Arabic culture. One of the oldest social dances that Middle Eastern and North African people of all ages and both sexes have enjoyed at festive occasions is called Raks Beledi. In Arabic this means “folk dance” or “dance of the country”. In Islamic societies men and women led largely segregated lives. Women lived and socialized with female friends and family in a separate section of a house, called harem (which means “forbidden”).

Until the mid-1800s the Eastern territories, particularly Persia, Mesopotamia, Asia Minor, and Egypt were collectively referred to as the Orient. The mystique of the East fueled the imaginations of a group of 19th century European painters and writers who came to be called Orientalists. Orientalist paintings often depicted highly eroticized fantasy scenes from the harem life: semi-naked concubines, reclining on pillows with swaying peacock fans, dancing for the pleasure of a sultan or a group of men. These works were completely untrue to the reality of Middle Eastern culture and to the role that dance played in it. The Orientalist movement had undoubtedly contributed to the popular misconception of bellydance as a dance of seduction, performed for the pleasure of men. In fact, because of the traditional gender segregation, Middle Eastern women usually only danced in female company among friends and family. Sometimes a professional dancer and musicians were invited to a women’s gathering. Today, gender segregation is not as strictly practiced in many urban areas, and occasionally both men and women do dance socially at the family or community events. 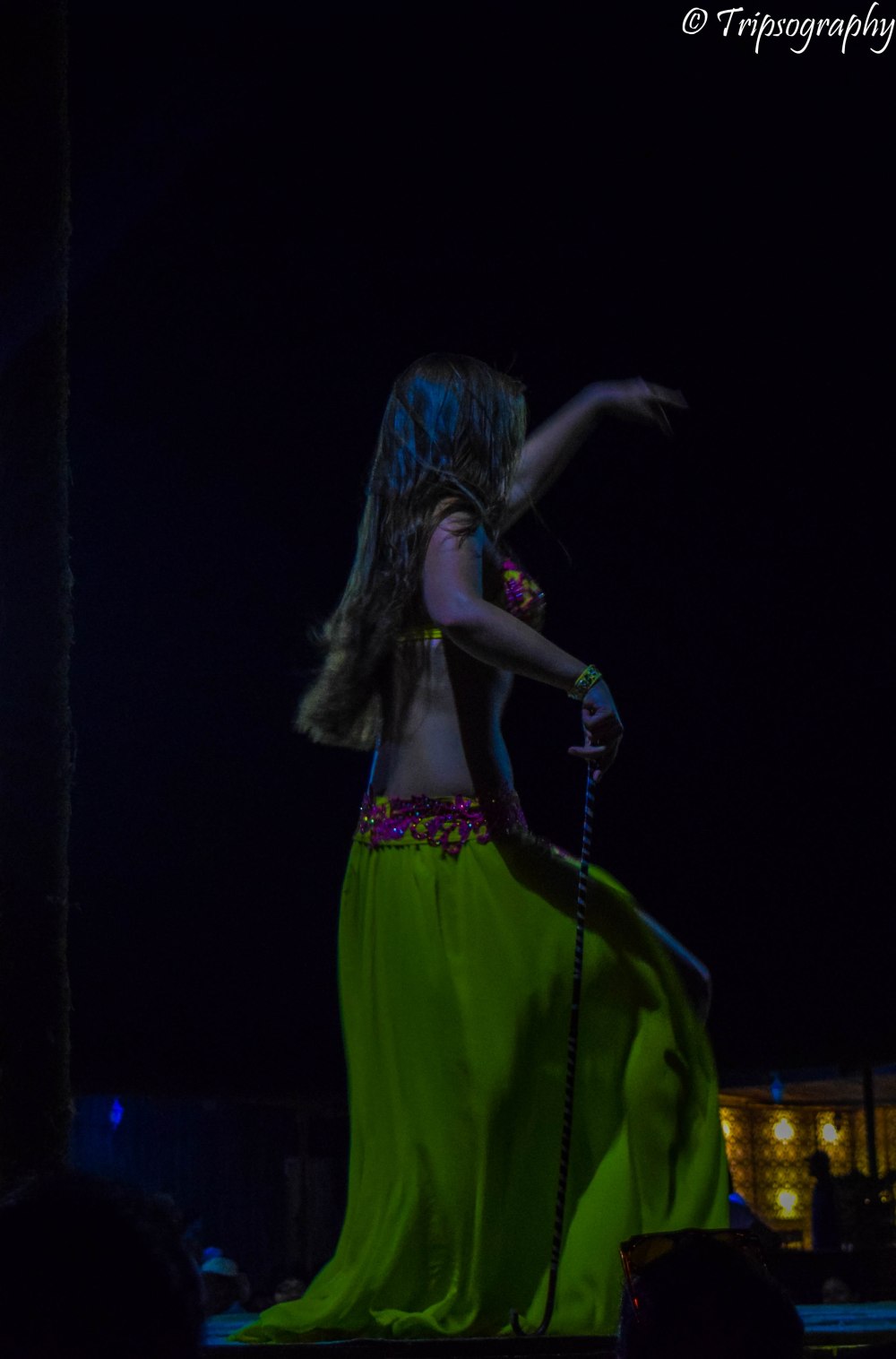 In general, belly dancing costumes are colorful and consist of various pieces of clothing, scarves, coins, and veils. Types of costumes include the bedleh (Pronounced “BED luh”), a common cabaret-style suite consisting of a beaded skirt, body stocking, belt, and bra. Another costume is the beledi dress (Pronounced “BELL uh dee”), consisting of a long, floor length dress made of natural fibers. Finally, the gallabiya (Pronounced gal uh BEE yuh) is a full-length cotton robe worn commonly by both men and women throughout the Middle East and Africa.

Specific regions of the Middle East and North Africa highlight specific belly dancing styles. For instance, in Egypt, the zar is a dramatic belly dance style while over on the Arabian Peninsula, a more soft and delicate style of belly dancing known as the khaleegy is popular.

MASHALLAH ….its the only word after seeing the live belly dance and the pretty lady in yellow 🙂

a gum surgeon by profession..love everything what this life has to offer.. View all posts by sameekshya